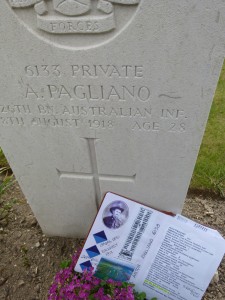 The Western Front
I’ve been to the Western Front twice so far and would go again and again. There I began to understand and will never, ever forget. I have two wonderful diaries that I wrote and drew and glued and poured my heart into. To this day I still cannot speak about it in depth but my diaries speak and quite often I’ll pull those out, I sit quietly and I remember. I just received this story via email from a dear friend, she was the one who taught me things about the Western Front – things I will never, ever forget. This story spoke to me loud and clear. I hope it speaks to you too and that together we never, ever forget.
Lest we forget
This is a true story.
Back in September, on the first day of school, Martha Cothren, a social studies school teacher at Bobcaygeon (north of Peterborough Ontario) public school, did something not to be forgotten. On the first day of school, with the permission of the school superintendent, the principal and the building supervisor, she removed all of the desks out of her classroom.When the first period kids entered the room they discovered that there were no desks.‘Ms.. Cothren, where’re our desks?’She replied, ‘You can’t have a desk until you tell me how you earn the right to sit at a desk.’They thought, ‘Well, maybe it’s our grades.’No,’ she said.‘Maybe it’s our behaviour.’   She told them, ‘No, it’s not even your behaviour.’And so, they came and went, the first period, second period, third period. Still no desks in the classroom.By early afternoon television news crews had started gathering in Ms.Cothren’s classroom to report about this crazy teacher who had taken all the desks out of her room.The final period of the day came and as the puzzled students found seats on the floor of the deskless classroom, Martha Cothren said, ‘Throughout the day no one has been able to tell me just what he/she has done to earn the right to sit at the desks that are ordinarily found in this classroom. Now I am going to tell you.’At this point, Martha Cothren went over to the door of her classroom and opened it.Twenty-seven (27) War Veterans, all in uniforms, walked into that classroom, each one carrying a school desk. The Vets began placing the school desks in rows, and then they would walk over and stand alongside the wall. By the time the last soldier had set the final desk in place those kids started to understand, perhaps for the first time in their lives, just how the right to sit at those desks had been earned.Martha said, ‘You didn’t earn the right to sit at these desks. These heroes did it for you. They placed the desks here for you. Now, it’s up to you to sit in them. It is your responsibility to learn, to be good students, to be good citizens. They paid the price so that you could have the freedom to get an education.   Don’t ever forget it.’