In June, I spent two days at a conference run by Corwin featuring Jim Knight sharing his better conversations and instructional coaching expertise .

Knight discusses six beliefs of better conversations that address authenticity in the way we behave and act towards others when in conversation with them.

Perhaps you’ve heard them before but here’s my take on them in relation to coaching:

I see others as equal partners

We are all human beings together. I could easily go into a monologue about how we are made in the image of God and that our humanity is what sets us aside from other living things and how we are placed on this earth to make a difference but I won’t…

In a coaching conversation both parties are equal partners and share a common aim, that is, to make a change in order to move forward. Both learn from each other during that interaction and both should leave feeling that something has been achieved.

I believe people should have autonomy

Free will sets us aside from other living creatures – yes it’s that monologue creeping in again… Choice is a great motivator but with that come consequences and if we make the choices then we must also be ready to face what will come because of it. Good and bad.

I want to hear what others have to say

In order to hear what others have to say we must remain silent and be fully present. 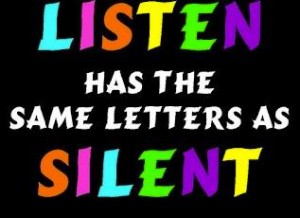 This is a hard one. It tends to have negative connotations but actually it is about forming an opinion or coming to a conclusion -so why does that have to be negative? Why then can we not judge for the positive? I may make a judgement on which teachers seem to be making the greatest positive impact on students and choose to collaborate with them into becoming a better educator myself. I choose to learn from them, interact with them and develop my own learning. Essentially I am forming an opinion – I am judging in the positive.

Conversations should be back and forth

Absolutely! Otherwise it’s called a monologue. This is a difficult belief to argue especially after I’ve just said that to listen is to be silent. What this says to me is that while there is a time to be fully present and to listen intently to your coachees, it is just as crucial to reiterate what they have said to let them know that yes you have heard them but also to ensure you heard them correctly. In coaching we do not give solutions, rather, we challenge and allow our coachees to ‘think’.

Conversations should be life-giving

The other day I assisted in facilitating a workshop for newly arrived international post-grad students. The session was all about small-talk, polite conversations about all things uncontroversial. Were they life giving? Perhaps. Certainly, they were entertaining to do with little effort on our part, although, I suspect that having to think quickly and transfer the conversation from their own language to English out loud was difficult for our students. It was in the end revitalising and we went away quite pleased with ourselves. It gave them confidence to trial the idea with others during the week – so in a way I have answered my question. Was the small-talk life-giving? I think it may have been.

As I type this reflection the newly trained coaches and coachees are trialling our model in a pilot program. It is a program that was developed through collaboration and feedback from staff at the College. We worked hard to alleviate the fears and negative responses to prior experiences with coaching. We wanted to ‘own’ the model and then work together to continuously reflect, plan, act, observe, and evaluate our journey. 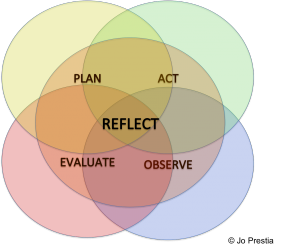 As I begin to receive feedback, I am happy to report that things are beginning to take shape, and that coachees are realising the value in coaching conversations. It is great to hear that while there is much work to be done to get everyone on board, the first of our coachees are reaping the benefits already. 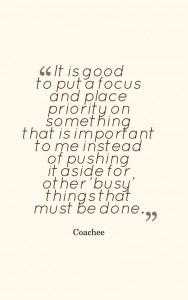 (a) Coachee’s feedback on pilot program 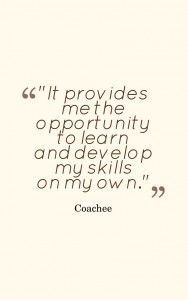 (b) Coachee’s feedback on pilot program